by | Industry/Product News, Products and Services 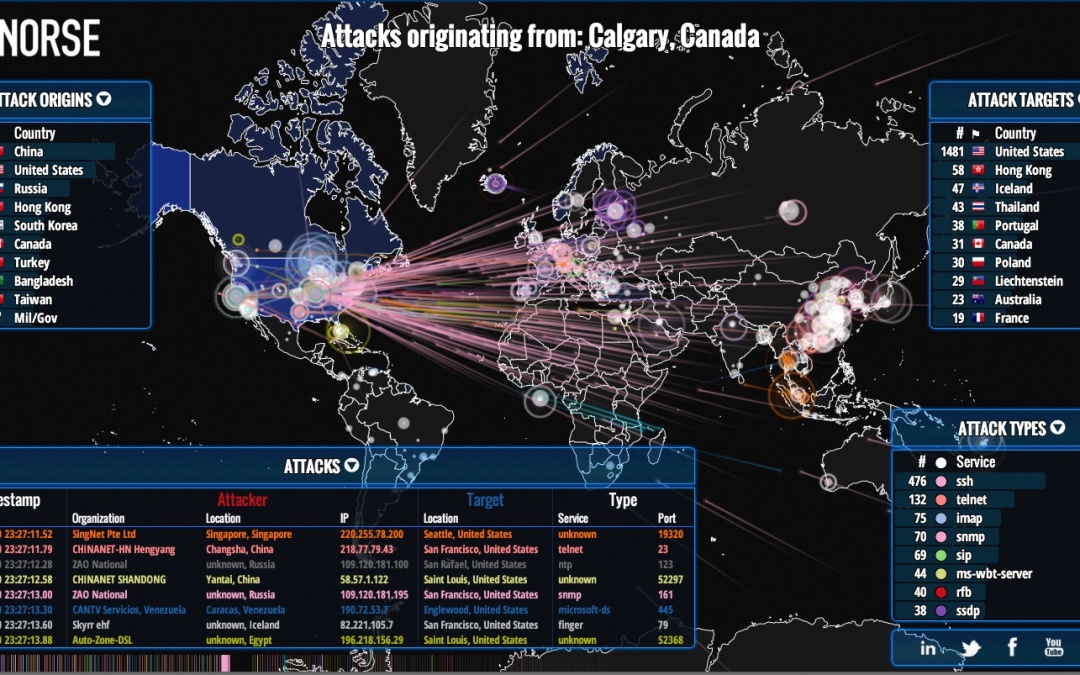 One of the most fascinating live feeds on the internet would have to be the Norse IPViking map which shows cyber attacks happening around the world in real time. The graphics show a number of “honeypots” or

cyber traps set by Norse’s IPViking agents that lure hackers into attacking them by mimicking real servers on the internet like banks, servers and even Microsoft. When a hacker or malicious computer tool tries to attack they are unwittingly giving up revealing information about themselves such as IP addresses. This means that Norse can keep an eye on their activity and monitor their threat level.

As each IP address is collected, Norse assigns an IPQ to it, which is a zero-to-100 rating system denoting threat level, based on factors like how malicious or frequent the attack was. If a server has a Norse security product installed it will deny access to IP address over a certain threat level.

From keeping track of our domains for us and managing our Exchange server to dealing with new equipment acquisitions, setup and maintenance, the Sea To Sky team is always quick to respond, friendly and efficient – often reminding us of important updates and domain name expiries. Highly recommended.